●What is the Hakamata Incident?
At dawn on June 0, 1966, the family of a miso factory was murdered in Shimizu city, (currently Shizuoka city) which is located almost in the center of the Japanese archipelago.
The family’s house had been completely destroyed by fire and in the ruins of the house four tragically burned bodies were found stabbed to death. They were identified as the managing director of the factory, his wife and their two children; one was a high school girl and the other was a junior high school boy.
This atrocious case of robbery, murder and arson was carried out in such a short time that even the residents who lived in the adjoining house, had not noticed the incident.
At that time Mr. Iwao Hakamata happened to be a live-in employee at the factory and was also a former professional boxer, which was one of the reasons why the police had an eye on him. On August 18, just 0 days after the Incident took place, he was arrested, even though he had nothing to do with the crime.
He was later convicted and went to prison for 48 years (17,388 days), living through the days of despair, solitude and fear of the death penalty.
Then, in March 01 , a district court decided to free him and he finally came back to his home town of Hamamatsu.
The Hakamata Incident is a case of wrongful conviction in which an innocent man was sentenced to death and Mr. Iwao Hakamata is the victim of the case.

●Inhumane Interrogation
The police arrested Mr. Hakamata, but were not able to find any evidence connecting him to the Incident. However, they inhumanely interrogated him in an interrogation room that was like a sauna bath in midsummer, and he was forced to confess 20 days after he had been arrested. From his arrest until his confession, the interrogation continued for on average twelve hours a day, and in particular, on the last three days before his confession, they kept on interrogating him up until midnight, for a total of 45 hours, an unconscionable length of time.
The recorded tapes of the interrogation, which the defense counsel had been asking for repeatedly, were finally disclosed after 48 years. On one of the tapes, it was revealed that Mr. Hakamata was forced to urinate in the interrogation room when he said to the police, “I want to go to the toilet.” This indicated that his confession was forced from him by the police because it was made as a result of physical and mental torture to which he had been subjected, and, therefore, was inconsistent and worthless as evidence.
However, his death sentence was finalized in November 1980 based on just one report which was taken from among 45 reports that the police had made.

●A cry of Innocence from the Prison
After the final decision was made, Mr. Hakamata vigorously put his energy into the campaign to clear his name. He continued to study complex law, reading trough many books.
“Lord, how long will it be?” is the title of a book featuring letters addressed to his family and the memoir he wrote in prison at that time.
The book reflects his distinguished literary expression and his dispassionately philosophical thought and it can be imagined that he was to trying to remain aloof from others to survive even in the depth of despair. After he had been baptized a Catholic, he saw himself as a religious man and was full of humane gentleness.
In such a desperate situation, where the pleading of his innocence was denied and his sentence was finalized, he continued to write his thoughts to his family including his son, parents, brothers and sisters.
At the same time, he also put his energies into unerringly pointing out errors in the final decision.

●Will a retrial be finally opened?
We Japanese were not able to free Mr. Iwao Hakamata from prison in time to see him as well as he was before. However, in 2014, five years ago, the Shizuoka district court decided on “opening of a retrial” and at the same time “the suspension of his detention and death sentence” was implemented and he was finally released from prison after 48 years.
At the trial, the judge in the district court referred to the matter of “a possibility of fabricating evidence” by a criminal investigation squad and said, in a violent tone of voice, “it is unbearably contrary to justice to keep him in prison any longer.” This reference is considered to be a severe reprimand to the police and the court that had an innocent man convicted.
He also meant more by this.
For instance, during the trial, the judge tried to meet Mr. Hakamata, but he refused to meet the judge, saying “the Hakamata Incident never occurred and it is all a lie.” It seems his decades on death row had seriously damaged his mental health, and he had created his own world in which there was no death penalty in order to escape from the fear of execution.
National authorities made mistakes, not only in finding Mr. Hakamata guilty, sentencing an innocent man to death, but also made the further mistake of driving him insane by forcing him to become the longest, unprecedented serving death row inmate in the world. Therefore, he was released on that day of decision and was able to come back to his home town.
However, in June 2018, at the hearing of the final appeal at the High Court, a retrial was denied by prejudice and prepossession against him.
It has been made clear that the result of a DNA test, which was carried out during the hearing in the Shizuoka district court, showed the blood stain on a shirt worn at the scene of the crime was not Mr. Hakamata’s nor the victims. However,
the judge, who was inattentive to the voice of the victim of wrongful conviction, agreed with the police’s opinion that “the way of DNA testing was unreliable.” This led the judge to a different conclusion, turning it around by 180 degrees.
Due to such an unjust decision, Mr. Hakamata is now faced with the possibility that he could be sent back to prison and be executed at any time.

●Under the Japanese Judicial System
Unbelievably, the Japanese judicial system is advantageous only for the police. Once being arrested, a suspect’s human rights will be extremely restrained.
Recently, Mr. Carlos Ghosn, Nissan’s former chairman, was arrested and taken into custody for such a long period of time that it came to the attention of the world’s press.
If you deny the accusations during the police interrogation, the detention period will be prolonged without limit. On the other hand, if you admit to committing the crime, you will soon be released on bail. This system can often result in a hotbed of false accusations. Once you have confessed, it is almost impossible to win a trial.
Furthermore, even if you can overcome the high wall of gaining a retrial, the prosecutors can lodge an appeal to a higher court to obstruct the opening of the retrial. In other words, the ability to make the truth known in a retrial will be blocked by their appeal.
Mr. Hakamata was arrested at the age of 30 and he is now 83 years old. The most important time of his life has been taken away from him and even now he is still defined as a death row inmate. The decision of opening a retrial is now being put into the hands of Japan’s Supreme Court.
Mr. Hakamata walks lively around in the city of Hamamatsu,
Shizuoka for several hours every day, but his heart is still in prison and the rest of his life is limited.
We deeply hope that the voices that appeal for justice and the consciences of people all over the world will reach the ears of Japan’s judicial officers. 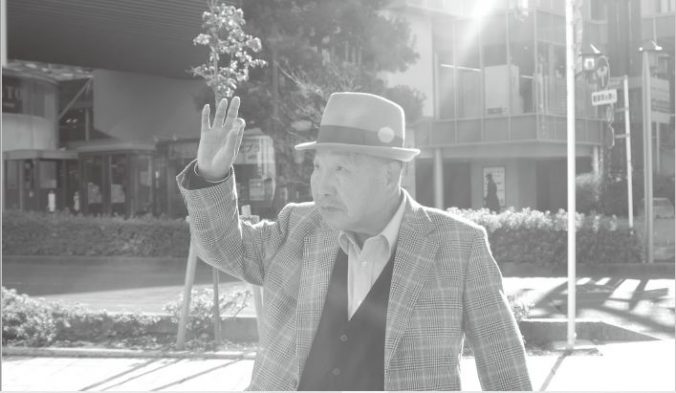 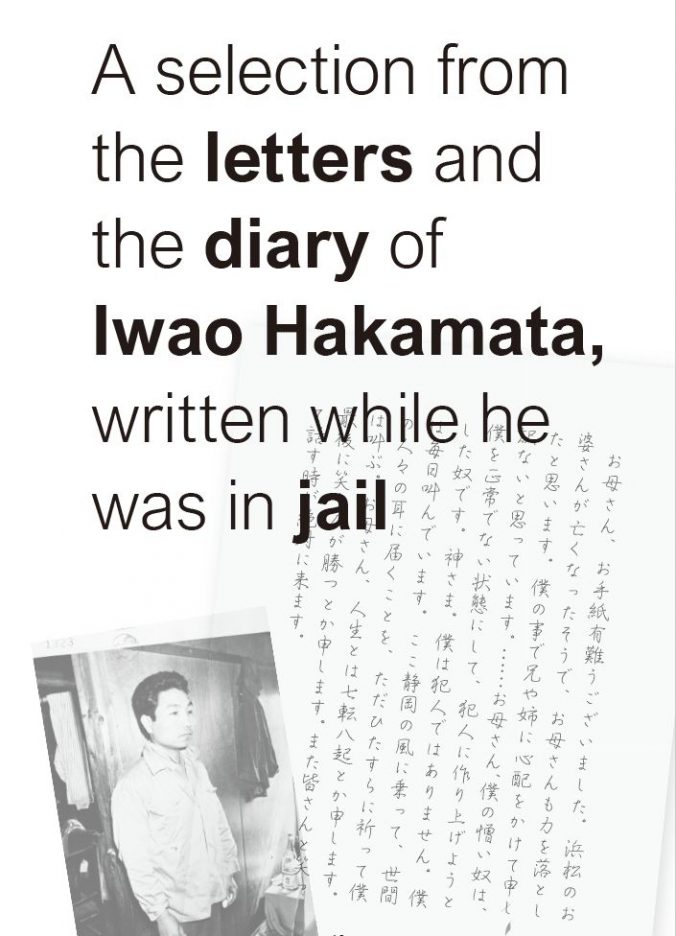